Home » Church and World » “Simple is the new chic”

“Simple is the new chic”

So says an octogenarian cardinal usually known in Rome for his sartorial splendor, when asked upon his recent appearance in a Trastevere trattoria in simple black clerical suit.

The tale is relayed by John Allen, the well-known vaticanist at dinner, from his own experience earlier this year, at the end of one of those typical Roman days where you get nothing done that you planned, but which turns out so much more interesting for it.

During the course of the day, which started with the Divine Liturgy at the Russicum (the Russian Catholic collegio), I have broken bread with a Byzantine-rite Jesuit, the organizer of an international Vatican conference, two archbishops, the aforementioned vaticanist, a papal dame, a worker-priest, journalists and students from  five continents. Before yesterday I had not expected any of it. 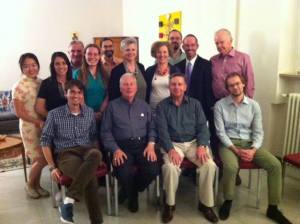 Discussion ranged to include, (somewhat predictably):

OK, the last one may not have come up with the clerical company, but it did come up during the day!

One overarching theme was that everyone I talked to, in every different setting, was positive about Pope Francis, but unsure, still, about how much hope to have.

Part of that relates to the concern exemplified by the “simple is chic” cardinal. If that’s all it is – knowing which way the wind is blowing – I think I would rather trust a priest who sticks to his French cuffs or a prelate preening in his watered silk, if that is what they really think is appropriate, rather than those who are simply dressing up or down according to the boss’ style. Because then none of the change is permanent, and it will shift with the sands. I might disagree with the capa magnas and the little fiefdoms, but I have much greater respect for the prelate princeling or the lord of the rectory manor who admits what he is than the one who plays the game just to look the part, whichever way it goes.

Now, if the bishop of Rome really wants to curtail clericalism, he might just announce that anyone working at any level in the curia or the diplomatic corps will be ordained only to the diaconate, in accordance with their original vocation, and neither to the presbyterate nor to titular dioceses long-since buried under the Sahara. Wouldn’t that be interesting? 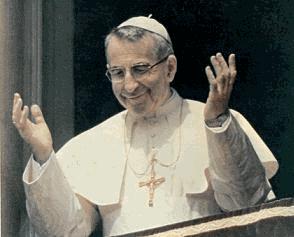 By A.J. Boyd in Church and World, La vita Roma on September 22, 2013.
← Quote of the Day: Pope Francis on Leadership Just another Saturday night in Rome →