Home » Church Reform » No ‘faithful Catholic’ thinks the pope is a heretic.

No ‘faithful Catholic’ thinks the pope is a heretic.

Some thoughts in response to the claim that,

“…for months now we’ve heard how faithful Catholics, looking for clarification from the See of Peter, are schismatics, or an “rad-trads”, an insignificant minority of nobodies… a fringe that isn’t worth responding.”

And, in general, to all related topics.

To be clear, it is not the asking of questions that is labelled “radical traditionalist”, “schismatic”, or an “insignificant minority fringe”. Neither is it faithful Catholics…

The only people being called schismatic are schismatic. Causing division in the church is schism. Promoting it is schismatic. Being a member of a schismatic sect,¹ like the SSPX, is schismatic. Granted, they are in real but imperfect communion, like Protestants, or Old Catholics, or Anglicans – being in schism does not mean completely cut out of the Church of Christ as some seem to think – but when you actively divide the church, that is schism. Call a spade a spade.

The voices that proclaim the pope a heretic *are* a radical fringe. Not of “nobodies”, but then nobody said that they were. It is not, however, a mainstream Catholic view. It is not even a view that can be labelled “conservative” or “traditional” or “orthodox”. It would be a disservice to many faithful Catholics who identify themselves as any of these things to lump them in with the small number of folks so accusing the pope.

For most Catholics, Pope Francis is the first in decades actually speaking a language they find very clear. John Paul II was great with imagery, with stage presence, but his writing was dense, everything wrapped up in layers of personalism or phenomenology. Benedict was brilliant, and as a theologian I loved how much more clear he was than JPII, but it was not the language of most Catholics.

Francis speaks to most Catholics, and has the greatest clarity of the set. The only “confusion” has been created not by him, but by his critics, or perhaps by their rather poor formation either in the development of doctrine, the hierarchy of truths, or moral theology in general. Certainly in ecclesiology.

In fact, it is precisely the idea that we must be open enough to dialogue, to engage a variety of traditions, and even to accept that there is not always a centralized, universal answer to everything that is the hallmark of not only Francis, but the broad swath of faithful who do not identify with the radical fringes – whether “radical traditionalism” or “radical feminism” or “radical ecology” or whatever.

People critiquing a papal document, or, in the case of AL, a papal-synodal document, is also a hallmark of this tradition – of a great Catholic tradition of dialogue, of the great both/and – rather than that of fundamentalism. But, the question is, how do you tolerate the intolerant, or dialogue with those who refuse dialogue?

If there are any honest critics of Pope Francis, let them disassociate themselves from the radical fringe of sedevecantism, SSPX, or calling the pope a heretic. Let them disassociate from deliberately dishonest media like Church Militant or LifeSite News, who seemingly exist only to agitate against the Church, under false pretenses, like wolves in sheep’s clothing.

For St. Peter’s sake, let them stop hammering on about the dubia. In what papacy has anyone ever demanded the pope answer dubia? At what time has anyone, with any other pope, been so arrogant as to think they had the right to do so? For that matter, it has barely been a year since the dubia were submitted – when was the last time anyone in the Vatican answered dubia in less time than that? The lack of respect for the bishop of Rome is breathtaking.

It is one thing to ask questions, engage in debate, and have dialogue – it is something else to foment discord, deliberately spread confusion, encourage disrespect of the magisterium, and threaten to divide the Church.

“Faithful Catholics” do not do these things. 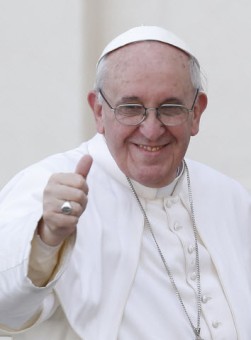 ¹Sect: a religious group that has [recently] separated from a larger religion and is considered to have extreme or unusual beliefs or customs. (Cambridge English Dictionary)

The sect is a more exclusive and ascetic group characterized by separatism from the world and often defiance of it, exclusiveness in social composition and in attitude, emphasis upon a conversion experience previous to membership, and voluntary election or joining. (Blackwell Dictionary of the Sociology of Religion)

By A.J. Boyd in Church Reform, Theology and Ecumenism on September 29, 2017.
← Catholic Church in Mongolia Week of Prayer for Christian Unity 2018 →