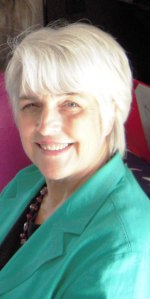 This summer, for as long as I was in the States, there were several people I never caught up with. One was Kathy. She had been part of my small peer group during a year-long Pastoral Leadership Program (PLP) at Seattle University in 2008-09. This PLP was one of the things going on that helped me (re)discover a particular direction within my vocation that brought me to Rome, and Kathy was an active and supportive part of that process. During the course of the year we discovered that her son and I had actually gone to high school together, just a year apart, and though we had not kept in touch I certainly remembered Brian.

During this summer, we exchanged emails about lunch, and had to delay a couple of times because she was not feeling well. In fact, the last email I received from her was brief, “I still feel lousy! See you next summer. Love, Kathy”.  She had attributed it to a bug going around.

Once I got to Rome, I hit the ground running and did not get to most emails until I had been here several weeks. Literally the day I started clearing my inbox, (Nov 2: All Souls) I received a note from the PLP coordinator that Kathy had been diagnosed with cancer and a Paraneoplastic syndrome and had been hospitalized maybe 10 days after our last correspondence.

This morning, I received word from Brian that Kathy was called home to God on Sunday morning, the feast of Christ the King.

Kathy was a pastor in the United Church of Christ, and had served in several leadership positions in the conference, and was active as a denominational consultant on women’s ministry. She had had an extraordinary journey in this life, and doubtless will continue on an extraordinary journey in the next life. I am fortunate to have known her, even just for the last two years. Please keep Brian and the rest of Kathy’s family in your prayers.

Kathy’s memorial service will be held on 5 December at 4:00pm in Bellevue’s First Congregational Church, and Brian has set up a memorial page with more information here: http://kathleenannyoude.tumblr.com/